Our project “Strengthening Youth Participation in Northeast Nigeria” with funding from the National Endowment for Democracy (NED) carried out Post Election Stakeholders Forum from 1st to 7th of August, 2019 in Kirfi, Bogoro Dass and Alkaleri Local Government Areas in Bauchi State where the project covers. In these fora, the Project Team assessed the participation of youths and women in elections, documented changes in citizen’s behavior towards electoral processes judging on the engagements of the groups in the Local Governments The team also got remarks from traditional leaders, political party leaders, security agencies and other stakeholders who were present in these LGAs during the general elections. These new development literary, means “that the rural populace are no longer subjects but rather citizens” who are up and ready to be included in governance processes. 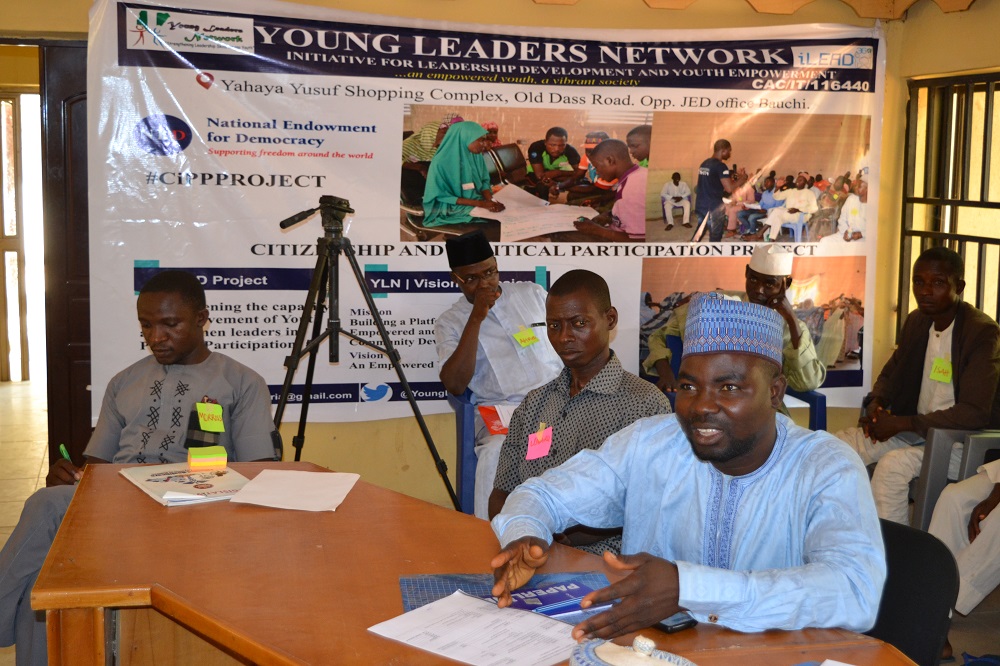 At the end of these fora, we supported the formation of grassroots coalitions which comprises of Youth and women group leaders, traditional Heads and Program Officers, giving a total of ten members. These coalition groups were to serve as advocacy teams in their respective LGAs. They will advocate for the needs of the LGA and advocate for youth and women political inclusion using the score card as a tool for advocacy.